If you love watching Monday Night Raw, SmackDown, NXT and AEW then the DropTheBelt Fantasy Wrestling Game is for you. Our extensive Rule Book not only gives you points for winning matches, you can score Bonus Points for Backstage Beatdown, hitting someone with a Foreign Object, even putting them through the Announcer Table. There are tons of ways to score points and have a great time while watching wrestling events on LIVE TV and LIVE PPVs. 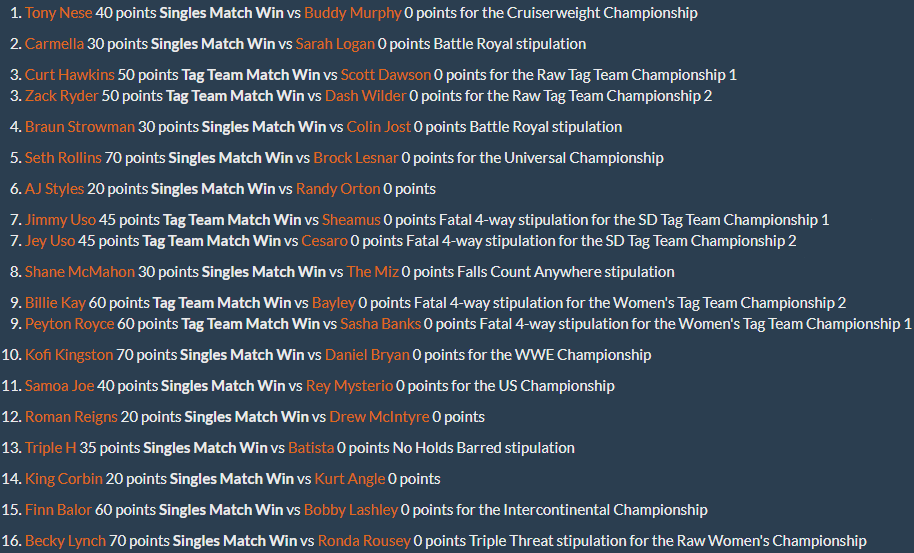 Draft A Team And Play Against Friends 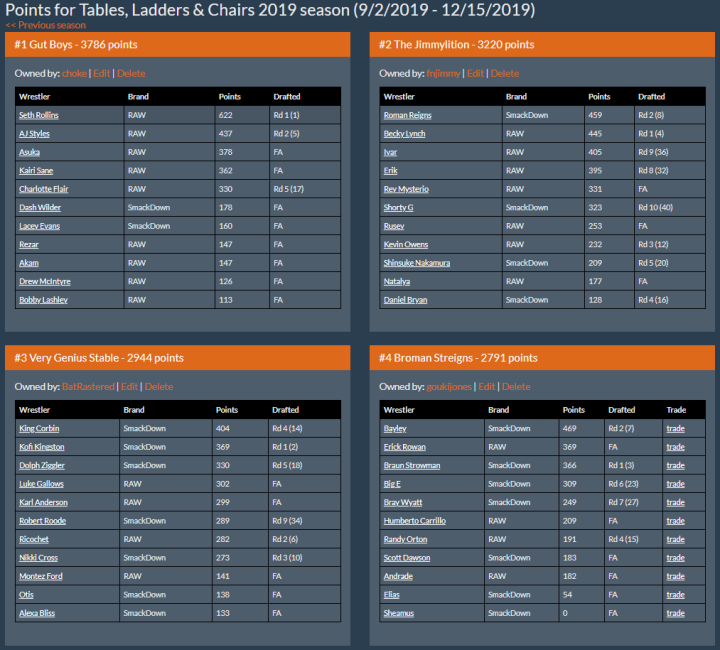 We Keep Score For You 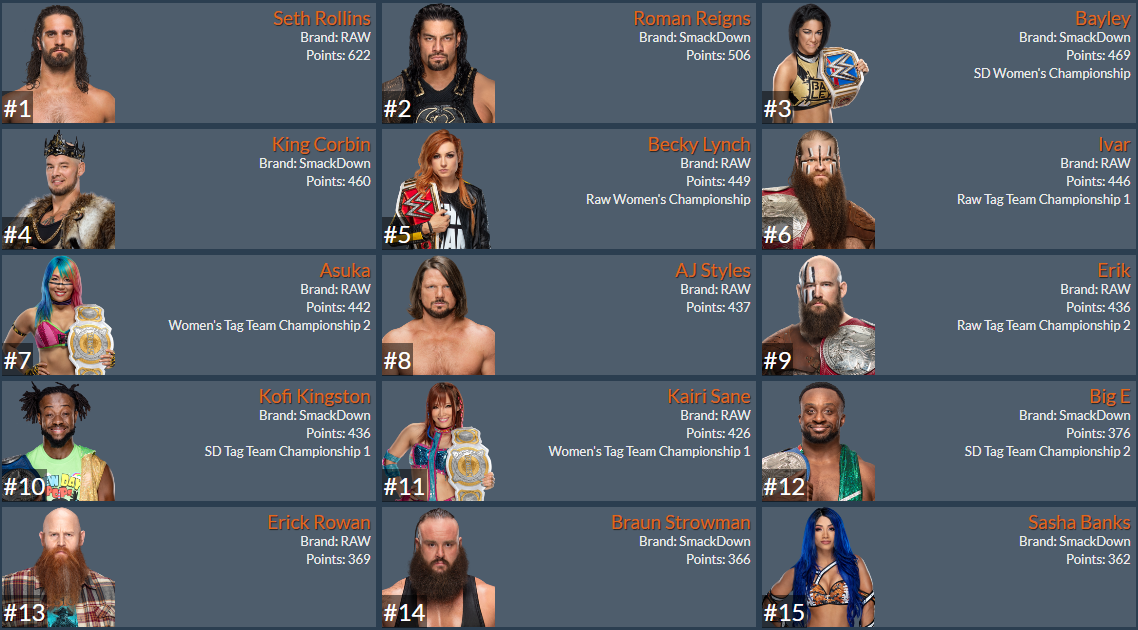 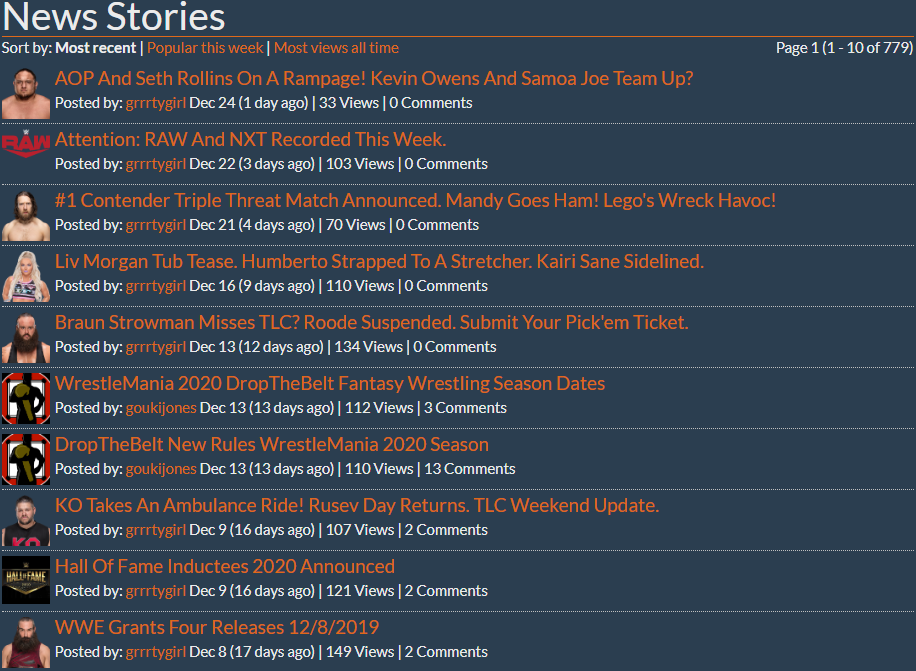 DropTheBelt Fantasy Wrestling has WWE, NXT and AEW Leagues available. After the Subscription process you will choose the leagues you want to play. You and up to 14 friends can play all 3 leagues if you choose. Includes Pick'em Ticket contest and more. Subscribe now!

We designed the game to be played with a group of at least 2 friends. In the commissioner options you can set the number of teams in your league and how many wrestlers will be on each team.

Set the League and Team size.

You have the option to have up to 15 Teams. Just remember, there are only so many wrestlers on each roster.

Click on the My Leagues tab at the top of the Brand Home Page.

Scroll down to 'Start a new league!' and click Join a match-made league.

Now it’s time to choose your Team Name. Be creative and make a statement.

Once you receive your Draft Time you are ready to go.

From the My Leagues page you will find your League Home Page listed. Click the link and you will see your Draft Time. Directly under the draft time “Go to draft page” is listed.

If you are unable to draft your team at the scheduled time, DropTheBelt’s Exclusive Auto-Draft System allows you to preselect your draft order. You do not have to be available when the draft is LIVE. The computer will draft in the order you have already preselected.

Choose the wrestlers in the order you want to draft them with 1 being the first pick and so on. Place the number in the box to the left of the wrestler’s picture then click SAVE to secure your selection.

If you wish to draft your roster LIVE and it is your scheduled Draft Time you are ready to select your roster.

Once your Draft is complete your league will begin getting points during every show.

Matchmaking leagues start when 4 members have joined. Each team will have 8 wrestlers each. The league will end at the end of the season.

If you are unable to draft your team at the scheduled time, The DropTheBelt Exclusive Auto-Draft System allows you to preselect your draft order. You do not have to be online when the draft is LIVE. You will auto-draft in the order you have already preselected.

Team Names can be edited at any time by going to your teams page.

For Custom Leagues: When you have created your league of at least 2 teams, click activate and watch your teams start earning points. As a Commissioner you pay the monthly fee and invite your friends to sign up as a Member of DropTheBelt to play with you for free. They must have a verifiable email to become a Member.

DropTheBelt Fantasy Wrestling automatically keeps score and the results are posted on the same night of the show.  Results from any show can be checked on the DropTheBelt Results Page. Click on the show and date to see the full results.

The Trade Window allows you to make trades between your roster and wrestlers that are not on any other team in your league. During valid trade hours team owners will be able to pick up any wrestler (not on another team) by using the Trade Button on your roster. You will be directed to a page of open wrestlers to select from. This system is first come first served during the trade window open hours.

QUEUE UP A TRADE